Former U.S. Air Force surgical assistant, Emery Smith, dropped another bombshell in his latest interview on Cosmic Disclosure (Gaia TV) by revealing he often worked alongside extraterrestrials in a classified program located at Kirtland Air Force Base, New Mexico, from 1992 to 1995.

In his interview with New York Times best-selling author David Wilcock, Smith described different groups of extraterrestrials that assisted in autopsies conducted on other beings of non-Earth origin:

And some of those scientists and physicians are actually of “un-Earth origin” – this is the term they use – which are extraterrestrials, which have volunteered, either after being captured or volunteered through the system, through the compartmentalized program, to work to actually help us, because they kind of actually feel bad sometimes, even after we capture them and beat the heck out of them and do horrible things to them.

I might be actually assisting an extraterrestrial, helping complete the mission, whatever the mission is: gathering frequencies using devices, or gathering tissue samples, or running special tests of the bodies, which actually . . . They can scan the whole body and 3D print that body later on….

Smith asserted the extraterrestrials as benevolent, even though they possessed advanced psychic abilities that could be used as weapons:

They could actually at any time probably do damage to us or hurt us with their telekinesis and telepathic abilities, but they don’t….

Smith explained that the extraterrestrials projected a warm friendly ambience that was felt by the human scientists working alongside them:

Being next to one of these extraterrestrials, by the way, including the Ant people and the Mantis people, you have a really beautiful self feeling being in their energy fields.

David: How does THAT work?

Emery: I do not know how that works. I think it’s electromagnetic of some frequency that allows the body, their body, that already generates a very, very high vibration, . . . It actually brings our vibration up so our cells are running at a specific voltage so our own cells can heal ourself….

You don’t need to because a lot of this energy is telepathic and telekinetic, so you actually feel happy.

You might . . . Like you get chills walking into a dark room at night because you might feel a ghost, but it’s the opposite. It actually enlightens you. It actually puts you in a good mood, and your body picks up on this.

Smith referred to an accident involving a group of extraterrestrials he called the ant people (insectoids), who assisted in the examination of some of their brethren that had been killed in an industrial accident:

Emery: There was a big project where they found multiple Ant people that were somehow killed by chemicals of some sort. And there was a lot of them that were brought into the facility, I remember, by the truckloads actually.

David: Did you have any idea where these casualties happened?

Emery: No, I don’t know. I do believe it was in North America somewhere.

David: In an underground facility then?

Emery: Yeah, I think that somehow they were discovered, and I think they were probably taken out in some fashion in the New Mexico, Colorado area….

So these Ant scientists that were there were actually assisting, trying to find out and see what happened to these individuals.

David: Now were the Ant people in the room that were alive the same types as the ones that were dead?…

Emery: Yes, the exact same types. And it was the first time I’ve ever felt sorrow next to an extraterrestrial.

Emery: It was really upsetting. That was . . . [Emery feels strong emotion, stops, turns away, tears up.] sorry…. 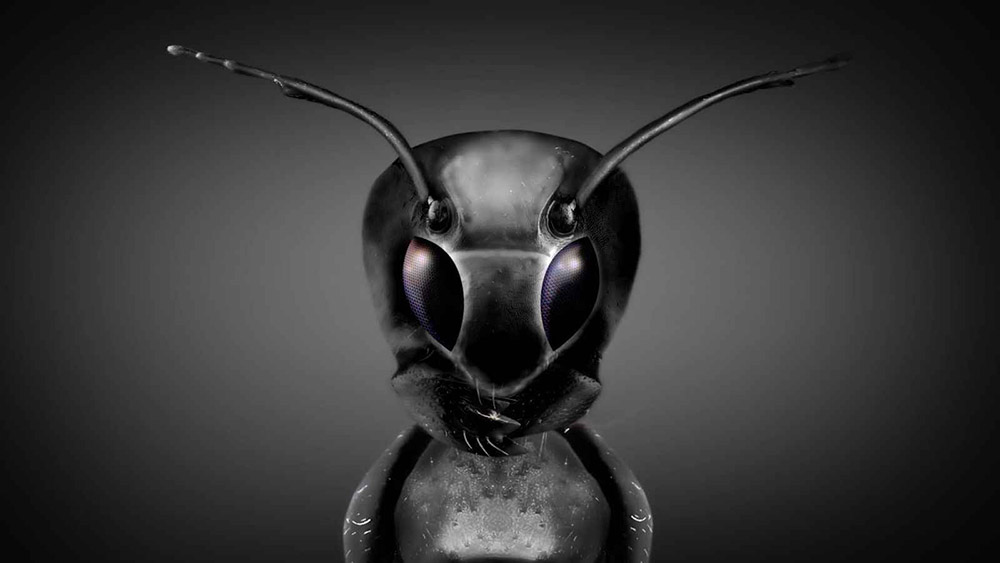 Illustration of Ant being. Source: Gaia.com

Smith described how his tissue extraction expertise also involved working on extraterrestrial craft that was located near the bodies of their former inhabitants:

I was brought into what they call “multi-level projects”, which means it’s not just me going in there harvesting a piece of tissue, but you’re actually harvesting many different kinds of tissue and also working with the being’s craft.

So these projects could have up to three teams of 15 scientists and physicians and technicians working on just one being and one craft….

They usually keep the extraterrestrials and the craft separate. So you might have a bay not too far away, maybe within 300 meters, which is very close, by the way, because these things are SO spread out underground, you know, up to 10 miles in diameter some of these bases.

And you will have the being . . . The being is separate. And then you’ll have the craft in another bay. These are all very clean areas, which I can describe in detail.

In a previous article, I covered another interview where Smith described being taken to a large hemisphere-shaped room where an extraterrestrial craft was being reverse engineered.

And some of those actually looked like a rock formation, like that . . . one of those superheroes that’s made out of a rock you see on TV and . . . Like “The Fantastic Four”. And they don’t . . . They look like they’re hard and rock, but they’re not. They actually have a spongy-type feel to them, kind of like an actual sea sponge where it’s very porous material.

They are usually a gold or an orange-type color. And they are very robust with a large Cro-Magnon-type skull, which is a little bit . . . about twice the size of our heads and a lot, like I said, more robust looking.

And they have been spotted on the projects many times in many different ways.

Smith’s testimony helps corroborate previous accounts of whistleblowers that they have worked alongside extraterrestrials at classified facilities.

These include Bill Uhouse, an aerospace engineer, who says he worked alongside Gray aliens who assisted in reverse engineering spacecraft being studied at classified Air Force facilities.

Niara Isley, a former USAF radar tracking expert, says that she witnessed Gray and Reptilian beings that were part of a classified program, where she was traumatized by human operatives.

Daniel Crain Burisch, a microbiologist, also says that he worked with a Gray being at a classified facility in order to better understand its physiology and medical needs.

A former security guard, Thomas Castello, claims that he worked alongside Reptilians at the Dulce underground facility, where biological experiments were being conducted on captive humans, and where abducted humans were often taken before being returned.

Finally, Smith’s testimony corroborates Bill Tompkins‘ claims that US Navy spies observed Nazi scientists being assisted by Reptilians in the development of Germany’s secret space programs in the 1940’s. Tompkins also said that human looking extraterrestrials had infiltrated Douglas Aircraft Company and other US corporations in the 1950’s and 1960’s, and were covertly assisting the US Navy in developing its secret space program, Solar Warden.

In conclusion, Smith’s credentials and documents prove that he worked at Kirtland Air Force Base as a Surgical First Assist from 1990 to 1995.  He has since gone on to work in the medical industry where he has gained patents and collaborated in innovative science research. All this supports his astonishing claims that he participated in autopsies on 250 extraterrestrial entities, and extracted a total of approximately 3000 tissue samples during his covert service.

Smith’s revelations confirm that scientists from different nations have been assisted by different groups of extraterrestrials in studying alien physiology, advanced medical science, and reverse engineering antigravity spacecraft for decades in classified programs. His testimony shows how far classified programs have evolved, despite official government claims that extraterrestrial life has still not been discovered.

3 thoughts on “Extraterrestrials Working with Humans in USAF Classified Programs”