Famed whistleblower Bob Lazar has recently been in the news with a new documentary about his groundbreaking experiences at Area 51’s highly classified S-4 facility. In his initial TV interviews with George Knapp back in 1989, Lazar first discussed element 115 (Moscovium) and how it was used in the propulsion system of the alien craft hidden at the S-4 facility. He said that aliens had supplied 500 pounds (227 kg) for reverse engineering purposes.

In 2014, Lazar did another interview with Knapp where he discussed Element 115 and how it is created both synthetically and naturally through supernova, which is the cataclysmic explosion of a star.

Given recent studies showing that suns regularly undergo micronova or “solar flash” events, we have another process by which a star can produce and eject heavy elements, which are subsequently mined by advanced extraterrestrial civilizations in a cyclic manner.

Lazar further explained in his interviews that bombarding Element 115 with protons leads to it creating Element 116 (Livermorium) which immediately decays and produces antimatter. The antimatter collides with normal particles creating a massive energy burst, which can be used for propulsion. It’s quite likely Element 115 could also be the famed exotic matter that is needed to create traversable wormholes that physicists such as Drs. Kip Thorne and Carl Sagan have speculated, and was the subject of a recently leaked Defense Intelligence Reference Document titled “Traversable Wormholes, Stargates, and Negative Energy” .

What follows is a post from May 21, 2005 where I first discussed Element 115 and how its discovery had provided scientific corroboration for Lazar’s earlier claims.

I wish to focus on some recent scientific advances that vindicate some of the information that Bob Lazar provided from his alleged experiences at S4, and respond to some of his critics. The most important criticism concerned Lazar’s initial claim in 1989 of the existence of a stable form of element 115. The existence of such an element was initially dismissed by some of his critics and became a factor in Lazar not being taken seriously. For example Stanton Friedman wrote in 1997:

“There is no evidence that any 115 has been created anywhere. Based on what we know about all other elements over #100, it would certainly have been radioactive with a short half life, and 500 pounds could not have been accumulated. His scheme sounds good, but makes no real sense especially in view of how difficult it would be to add protons to #115.” (http://www.v-j-enterprises.com/sflazar.html )

However, in February 2004 scientists announced that they were able to reproduce an isotope of 115 in a laboratory, and said that a stable isotope is possible. Dr Joshua Patin, one of the creators of the 115 isotope, confirmed in an interview with Linda Moulton Howe that with sufficient technological advances, the creation of a stable form of 115 is possible:

“[Howe:] Could there be an element 115 isotope that is solid and can be held in the hand?
[Dr Patin:] “Some day down the road, I think so. If it’s true that we find something that is long enough lived. To hold something in your hand, you would need a significant quantity of these atoms. We’ve produced four atoms of Element 115 in a month. It would take you don’t have enough time in the rest of the universe to create enough that you could hold in your hand through these same kinds of production methods (that we are using).

That’s why I say a future technology might allow us advances in terms of how much can be produced and the target material, maybe a better way of producing but somewhere down the road, there might be a possibility, sure (see http://www.intalek.com/Index/News/Element115.htm ).

As to how element 115 is formed, Lazar claimed it is formed in massive stars. In an article he wrote:

“[M]any single star solar systems have stars that are so large that our Sun would appear to be a dwarf by comparison. Keeping all this is mind, it should be obvious that a large, single star system, binary star system, or multiple star system would have had more of the prerequisite mass and electromagnetic energy present during their creations.

Scientists have long theorized that there are potential combinations of protons and neutrons which should provide stable elements with atomic numbers being higher than any which appear on our periodic chart, though none of these heavy elements occur naturally on earth.” http://members.fortunecity.com/groom51/interstellartravel.html

Lazar’s idea that element 115 is formed in stars led to more criticism this time by astronomers and physicists that Lazar was incorrect since stars could not produce heavy metals with atomic numbers greater than iron (atomic number 26) in stable stars. This criticism was raised by Dr David Morgan in 1996 whose critique was kindly sent to me by Stanton Friedman.

“[Lazar] SEEMS to be suggesting that his element 115, the alien fuel source, which doesn’t exist on the Earth, should be present in those solar systems that were more massive at their inception. The implication here is that a star system which condensed out of a more massive primordial cloud should have a greater abundance of heavier elements.

This is quite incorrect. Heavy elements – all elements heavier than iron – are not formed during the normal life cycles of stars. The only time when these nuclei are “cooked” is during the collapse and subsequent explosion of supernovae.

Therefore, all of the star systems in a particular region of the galaxy will have essentially the same abundances of heavy elements, regardless of the mass of star. If element 115 is STABLE, as Lazar claims it to be, then it should be created in supernova explosions and it should exist EVERYWHERE!” (http://www.serve.com/mahood/lazar/critiq.htm).

Dr Morgan’s criticism of Lazar is not supported by recent breakthroughs in understanding the formation of heavy metals in stars.

It has been discovered for example that heavy metals with higher atomic numbers than iron (26) can and are found in stars in their normal cycle rather than just through supernova which was the ‘old understanding’.

A NASA astronomer reflecting on this new theory answers a question concerning the existence of heavy metals with higher atomic metals forming in massive stars and answers:

… it does not require a supernova to create elements heavier than iron. Heavy elements can also form in the cores of massive stars before they go supernova. (http://imagine.gsfc.nasa.gov/docs/ask_astro/answers/010125a.html ).

This new theory has been recently confirmed with the recent discovery of three massive stars that have ‘lead’ (atomic number 82) in them:

“The theory has now been supported by data from the three binary, or “double” stars, studied by French and Belgian astronomers using the European Southern Observatory 3.6 metre telescope at La Silla, Chile.

Each star, which is otherwise light in metal, contains an amount of lead weighing the same as the Moon (http://www.ananova.com/news/story/sm_383487.html?menu=news.scienceanddiscovery.space ).

The process by which some stars develop high concentration of heavy metals such as lead towards the end of their lives is called the ‘slow fusion’ or ‘s-process’ and is described as follows:

“The high abundance of Lead in these otherwise low-metallicity stars also provides detailed clues on how the s-process operates inside the AGB stars. When a Carbon-13 nucleus (i.e. a nucleus with 6 protons and 7 neutrons) is hit by a Helium-4 nucleus (2 protons and 2 neutrons), they fuse to form Oxygen-16 (8 protons and 8 neutrons).

In this process – as can be seen by adding the numbers – one neutron is released. It is exactly these surplus neutrons that become the building-blocks for making heavier elements via the s-process.” (http://spaceflightnow.com/news/n0108/30heavy/ – thanks to Stan Friedman for notifying me of this article)

It is estimated that half of all metals heavier than iron are caused by supernova explosions where these are rapidly formed through nuclear fusion (r-process) and the other half in stable stars with low metallicity that slowly build up heavy metals in a more gentle fusion process.

The new understanding of the formation of heavy metals in stars and discovery of large quantities of lead in some stars basically negates Dr Morgan’s criticism and shows that Lazar’s idea that some massive stars in the normal stellar cycle may have element 115 developed in them is a very real possibility.

What are the exopolitical implications of this given Lazar’s claims that extraterrestrials use 115 for their propulsion systems? 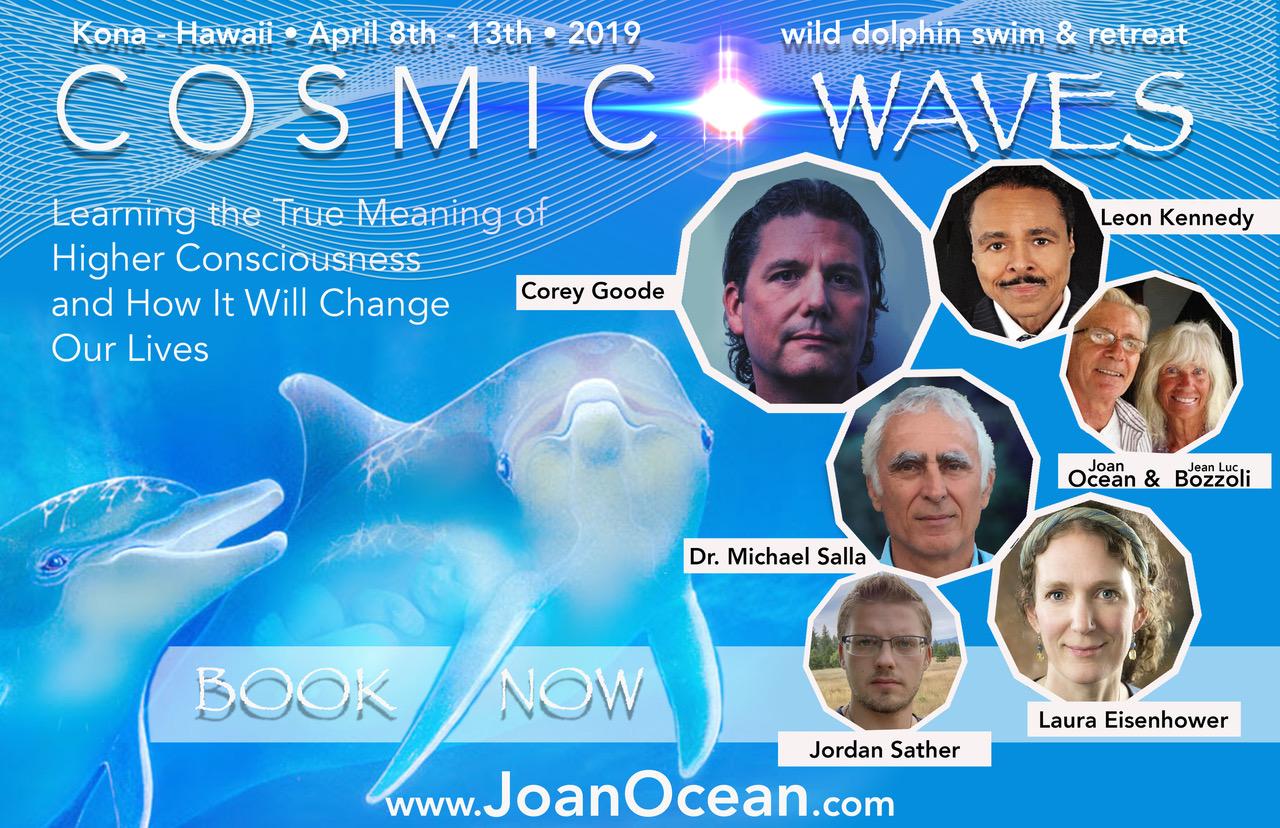 With new advances in physics and astronomy, Bob Lazar’s information so widely dismissed in the early 1990’s appears to have more relevance than ever.