The famed Tic Tac shaped craft captured on video and sighted by multiple US Navy pilots beginning in 2004 are advanced US Air Force spacecraft capable of traveling at 500 mph underwater and 24,000 mph into space according to a former intelligence specialist in electronic communications.

Mike Turber claims that he served with the USAF as an intelligence specialist and later with various defense contractors where he had Top Secret security clearance and access to various Special Access Programs (SAP’s) and Sensitive Compartmented Information (SCI) projects.

Turber came forward in two interviews he gave on November 4 and December 2, 2019, where he presented information he has received from “official government” sources that the Tic Tac sightings are USAF hybrid aerospace craft capable of traveling underwater, in the air and into outer space.

He says that the incredible speeds the USAF craft can achieve both in the atmosphere and underwater is due to its ability to utilize the principle of supercavitation [timestamp 39:40], where a cavitation bubble is created around a craft moving water molecules out of the craft’s flight path and eliminating friction as explained by Wikipedia:

A supercavitating object is a high-speed submerged object that is designed to initiate a cavitation bubble at its nose. The bubble extends (either naturally or augmented with internally generated gas) past the aft end of the object and prevents contact between the sides of the object and the liquid. This separation substantially reduces the skin friction drag on the supercavitating object.

According to Turber, the Tic Tac craft were assembled in Palmdale, California at a highly classified Air Force facility called “Plant 42”. According to Global Security, a number of major aerospace companies operate out of this enormous facility:

Air Force Plant 42 is at Palmdale, CA, north of Pasadena in Los Angeles County. It is operated by Lockheed, Rockwell International, Northrop, and Nero. AFP 42 is located in the northeastern portion of Los Angeles County, California, within the Antelope Valley of the Mojave Desert, approximately 80 miles north of Los Angeles. It has over 6,600 acres (the government owns 85%) and includes approximately 4.2 million square feet of floor space (the government owns 45%). The site includes multiple high bay buildings and airfield access with flyaway capability. The facility also has one of the heaviest load-bearing runways in the world.

The most well-known corporation is Lockheed Martin’s famed Skunk Works which moved to Plant 42 from Burbank, California, in 1989.

According to Turber, he worked at Plant 42 after his Air Force career and realized that some of the craft being secretly constructed there were related to the Tic Tac sightings which he first learned about in 2005. He says that at the time he worked with the Air Force and was analyzing radio communications from Navy pilots discussing their sightings of UFOs that could maneuver both in the air and sea.

Turber says that he knows of at least three models of hybrid air, sea and space vehicles that have been built at Plant 42. He asserts that at least 20 of these had been built and deployed during the time he worked at Plant 42. The largest is 46 feet long which allows it to be easily loaded onto trucks for easy transportation along California’s highway system.

He asserts that the USAF Tic Tac craft use advanced stealth and invisibility technology, and that the USAF deployed them near Navy ships to test pilot reactions, and to essentially “mess with the Navy”.

Turber says that the Navy has now developed similar craft, and that major nations such as China and Russia have developed the exact same craft [timestamp 17:50]. China’s hybrid spacecraft are more evolved than Russia’s and quickly catching up to the USAF craft. 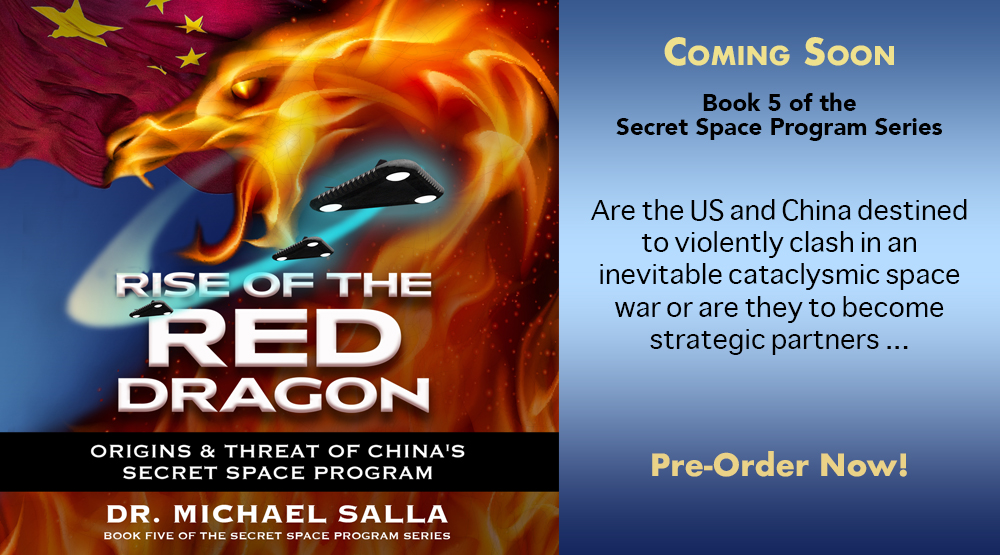 The Tic Tac craft are not reverse engineered from extraterrestrial spacecraft, according to Turber. Instead they were first developed in the 1950s from civilian sources such as Dundee University, before finding their way to institutions such as the Defense Advanced Research Projects Agency (timestamp 32:25). In contrast, multiple insiders claim that advanced aerospace technologies were reverse engineered from captured extraterrestrial spacecraft.

Turber says that several of the Tic Tac shaped hybrid craft were deployed over North Korea in November 2017, to intimidate its paramount leader, Kim Jung-Un, and President Donald Trump was informed of the craft’s deployment and purpose.

Turber’s testimony is important since it explains the origins and performance of the Tic Tac UFOs that major media outlets began to report in detail back on December 16, 2017, after the New York Times and Politico covered the issue in major stories.

According to Turber, the media’s tepid response to the revelation was a major factor in him coming forward. He insists that rather than being a whistleblower, he has been encouraged to come forward by official sources to reveal his testimony and prepare the public for the major revelations that lie ahead.

Unfortunately, Turber has not shared any official documents confirming his Air Force career and work with different military contractors. This is puzzling since other former USAF personnel and corporate employees, such as Edgar Fouche, have publicly released such documentation when they have come forward to reveal their insider knowledge of the TR-3B and Aurora Project without suffering any repercussions.

What Turber did share with his interviewer, Jim Breslo, was data from the Google Maps timeline feature that showed that on November 18, 2017, his phone recorded a flight from Ontario, California to the US East Coast that lasted one hour and 24 minutes [timestamp 1:17:40]. Turber alluded to the incident as objective evidence that he was involved in a highly classified aerospace project at the time but was not able to reveal more details.

The phone data timeline indeed does corroborate his core claim of having worked on classified aerospace projects since it is difficult to explain how anyone using a conventional aviation transport can travel from the West to East coast in 84 minutes. Nevertheless, the Google Maps travel timeline isn’t sufficient to corroborate what his “official” sources told him, so hopefully Turber will share some of his documentation to substantiate his military and aerospace career.

Breslo brought up the remarkable similarity between the flight performance of the Tic Tac craft and a Navy patent for a Hybrid Aerospace Underwater Craft (HAUC) which I have previously discussed, and which Brett Tingley and Tyler Rogoway, writing for The Drive, have connected to the Tic Tac incidents.

The Navy patent explains how the craft is able to travel without friction under water and through the air by creating a quantum vacuum bubble around it: as explained by Tingley:

In the Navy’s patent application for the HAUC, it’s claimed that the radical abilities of propulsion and maneuverability are made possible thanks to an incredibly powerful electromagnetic field that essentially creates a quantum vacuum around itself that allows it to ignore aerodynamic or hydrodynamic forces and remove its own inertial mass from the equation. Thus, the ability to generate such high-frequency electromagnetic waves is key to the alleged abilities of this theoretical hybrid craft that can soar near effortlessly through air and water at incredible speeds with little to no resistance or inertia.

Turber dismissed the Navy patent as bogus [timestamp 36:18], yet the principle of a quantum vacuum around the craft being generated by electromagnetic energy makes for a compelling explanation for how such craft could achieve supercavitation when traveling through different mediums such as water, air, and space.

Turber’s testimony is very helpful since it directly points to the Tic Tac craft being part of a USAF secret space program, and that these assets are now in the process of being handed over to the new Space Force, just as predicted in the US Air Secret Space Program: Shifting Extraterrestrial Alliances and Space Force. That means exciting times lie ahead as Space Force unveils the secret space program it has inherited from the USAF.

[Special Note: I will be presenting the revolutionary Navy patents and their relevance to Secret Space Program disclosure at my upcoming Webinar with Portal to Ascension on March 21, 2020. You can register here.]